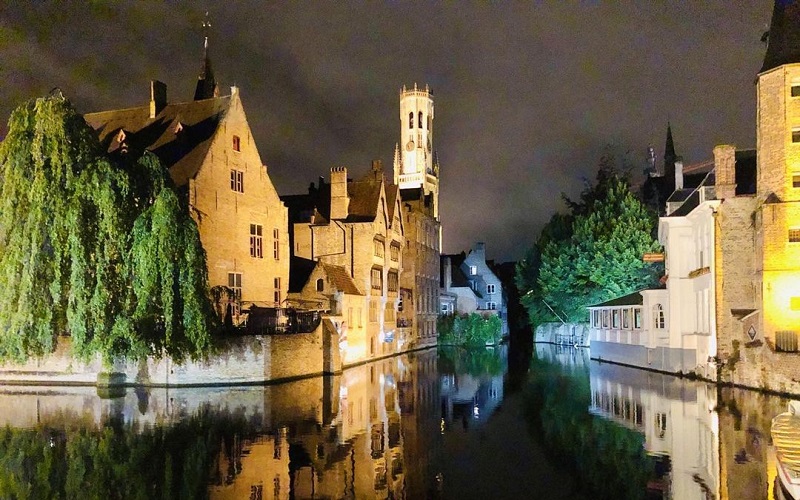 Belgium is a stunning country on the European continent. The beautiful country lying on the North Sea coast.

First thing first, many people have the speculation and pre-mind concept that Belgium is a lazy and bore town. This is a pile of absolute rubbish. Bruges canals, Antwerp Fashion site, Chocolate, Mussels, Castles, Super-Crazy Carnivals, Tintin Beers

Where is it a boring place?

Belgium draws the maximum of its tourists to Medieval town cores, a plethora of UNESCO sites. Hell, a lot of cafés – bars that serve one of the globe’s finest beers.

Go through stalactite-filled caves to post-industrial heritage. Enjoy kayaking in forest-edged rivers and rural chateaux to sandy beaches of the North Sea.

For historians, it has some of the best cutting-edge museums and battle scars showing waterloo battlefield scenes where Napoleon was defeated. 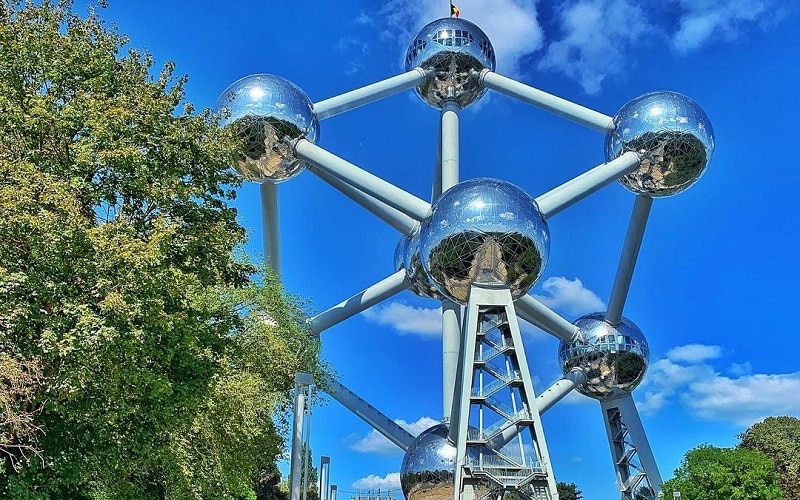 A massive 9-giant steel ball figure connected by thin tubes. For both Belgium and Brussels, this is an important symbol.

This remarkable structure is an architectural marvel and according to the officials, this resembles an Iron crystal blown to 16,500 billion% to its original size!

It has served as an important historical landmark from time immemorial whether it was the 1958’s world fair or the Crown jewel fair. Currently, the landmark sits on the Heysel Plateau, Laeken, A suburb of Brussel.

This architectural marvel makes for at least that 1 visit.

The Royal Greenhouses of Laeken 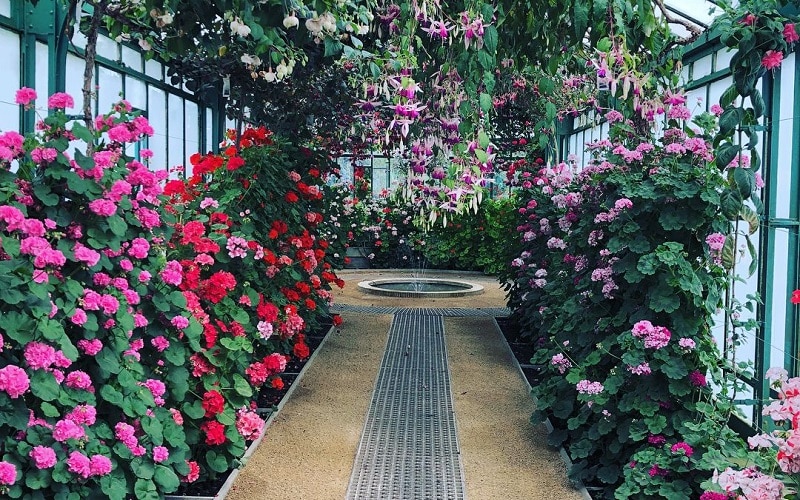 In what we call is a modern fusion, an art nouveau architecture blends with the exotic greenery and a lovely floral aroma enters the nose.

The glasshouse complex was built by King Leopold II in the 19th-century era. The glass crowns on the top of the domed roof show the royal connection between hammered homes.

In spring months, the RGL open to the public and it is then when the spot-on beauty of this green glasshouse comes to full serenity This late medieval market square has an extravagant architecture that is accessible by 6 spindly cobbled alleys.

The plaza will overwhelm with its dozens of baroque guild houses, the ornate king’s house, which is now a city museum, & the 15th-Century Club. All contribute to a massive and remarkable Europe’s best-preserved Medieval Plaza.

St Bavo’s Cathedral and the Adoration of the Mystic Lamb 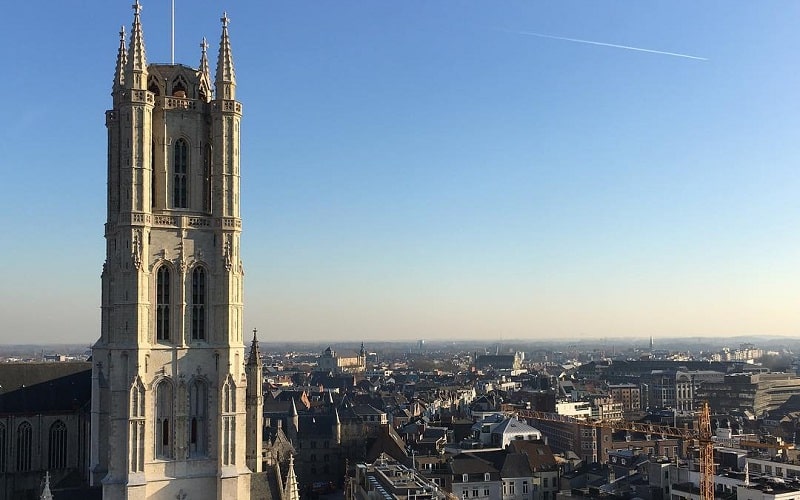 Ghent’s Saint Bavo’s Cathedral, it’s rightful home ever since Jan van Eyck and lesser-known brother Hubert created it in 1432, according to officials.

The first great painting that started Renaissance, work taken by napoleon troops then and finally commandeered by Nazis

The Hallerbos or blue forest 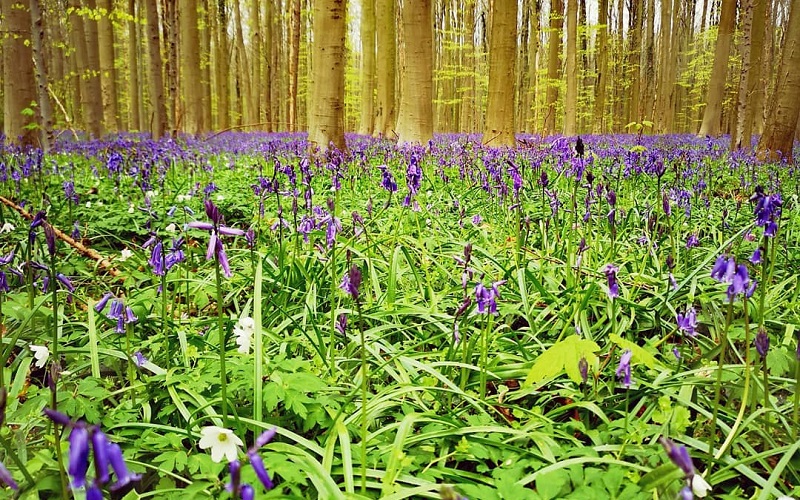 Stunning spring forests for nature lovers. Overflowing with bluebells are not just a limitation to British sides but for the Flemish Brabant region and an amazing display

The purple carpet of flowers usually appears between April start and May end and sticks for a couple of weeks.

According to Hallerbos officials, The Hallerbos is the most important and extensive forest area between Senne and Zoniën. The forest is a crowd favorite thanks to the beautiful purple carpet of wild hyacinths, which bloom around mid-April. The varied relief provides wonderful hiking opportunities and visits to this forest are more than worthwhile. 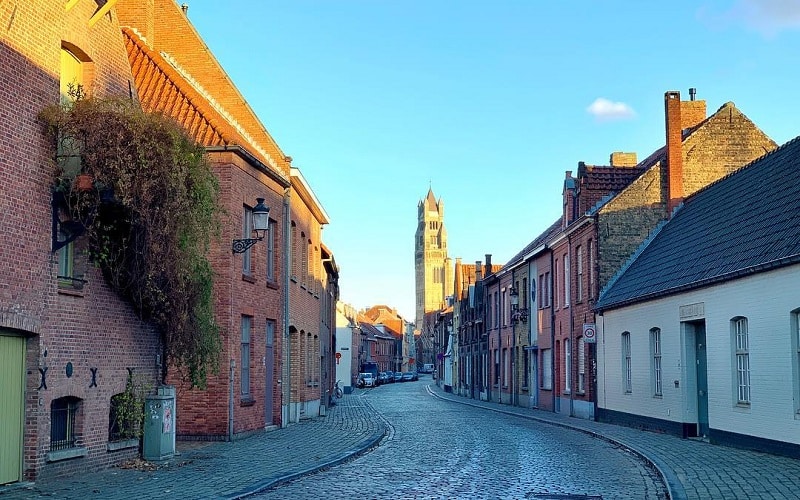 The Bruges Belfry is 366 steps high medieval building and allows you to see the picturesque views. Survey the cobweb medieval streets of Venice.

A poem by Henry Wadsworth Longfellow, titled “The Belfry of Bruges,” refers to the building’s checkered history

“In the market-place of Bruges stands the belfry old and brown; Thrice consumed and thrice rebuilt, still it watches o’er the town. A narrow, steep staircase of 366 steps, accessible by the public for an entry fee,[2] leads to the top of the 83 m (272 feet) high building, which leans 87 centimeters to the east.”

According to a History lover, “After a devastating fire in 1280, the tower was largely rebuilt. The city archives, however, were forever lost to the flames.”

Belgium has stored its medieval history the best and still doing it. It’s doing this with an ever-increasing population as well. Incredibly amazing country Belgium is an ultra-marvel which shows many other countries to preserve their traditions.

Modern cathedrals and the use of technologies like AR and VR are helping Belgium to become a budging note of the violin.

Belgium is most surreal, keeps nature with it, and gives the message to everyone to preserve the roots.