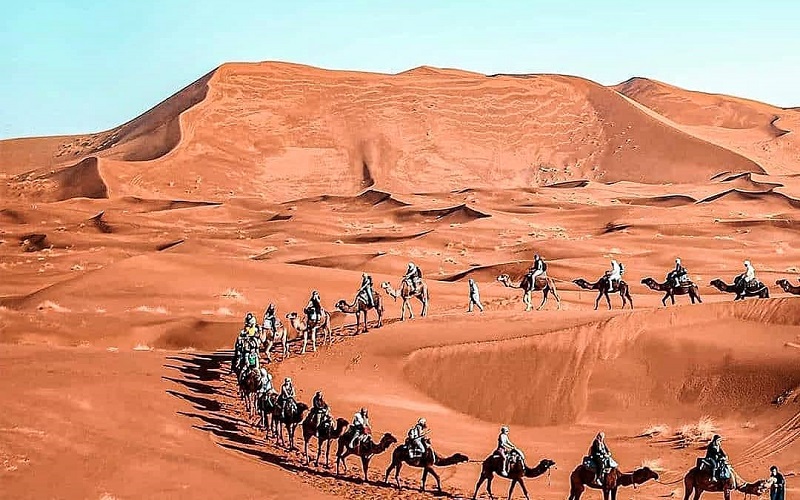 A continent that is home to about 54 countries in total can never cease to amaze us. Africa, which is not only the second-largest but the second-most populated continent in the world, is truly a magnificent destination that can surprise the visitors with its captivating charm and truckloads of good stuff. The continent is home to some of the globally recognized destinations such as the Pyramids of Giza in Egypt, the very famous Cape Town in South Africa, and several other spots that are always a popular choice amongst the visitors.

Although Africa is not always the first choice of destination amongst visitors, the kind of experience you gain here is one-of-a-kind and truly unforgettable. Those who have visited Africa can only tell the true essence of this diverse and vast continent. It is a place where the ancient and modern times collide with each other in one of the best ways possible, which helps in keeping things interesting and fascinating. Given its giant size, shortlisting the best destinations amongst a plethora of options can be a bit of a task, and while it certainly depends on your personal interest and preference, we would like to be of extra help to you.

To help you make the best itinerary for your trip, we have shortlisted some of the best destinations in Africa that are a must to visit. 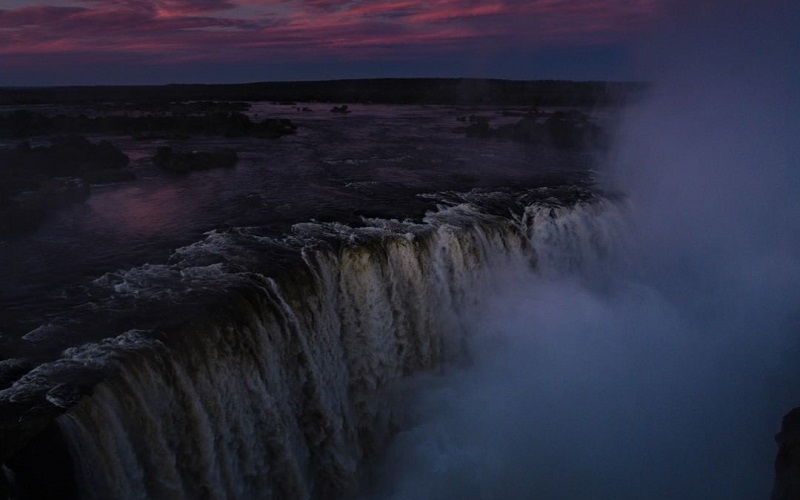 Mother Nature can surprise and amaze us in plenty of ways and one of its fine examples is the Victoria Falls that are located on the Zambia/Zimbabwe border. Victoria Falls are one of the most wonderful natural phenomena and for that reason, it is also voted as one of the seven wonders of the natural world. This UNESCO world heritage protected site is a great start to your Africa trip. The view of these falls can be absolutely breathtaking, no matter where you look it from. 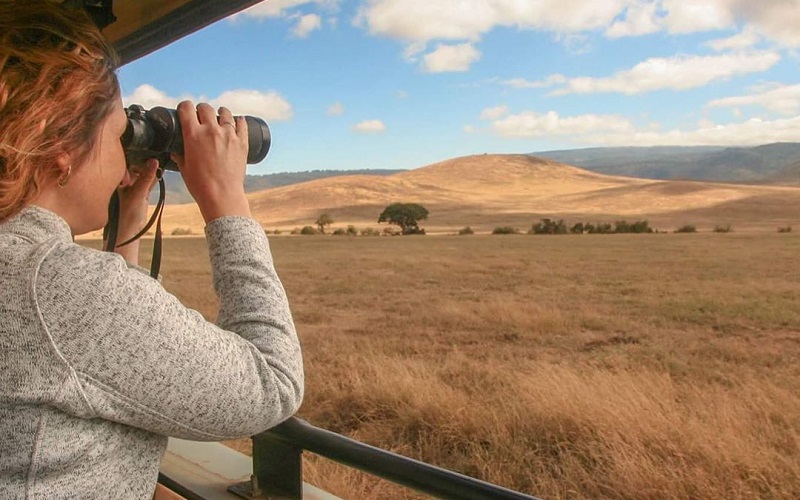 It’s no secret that Africa is home to some of the most exotic and exciting wildlife that can be easily seen at many of its reserves and national parks. And one of the best places to witness and explore the wild side of Africa is Serengeti National Park, which shares its border with Kenya’s Maasai Mara National Reserve. And this amalgamation of the two parks results in one of the spectacular and remarkable events, which is the migration of millions of Serengeti’s wild animals including antelope, zebra, wildebeest, and much more to Maasai Mara’s green pasture land. The national park also houses several other species such as buffaloes, lions, giraffes, gazelle, rhinos, leopards, and many more. 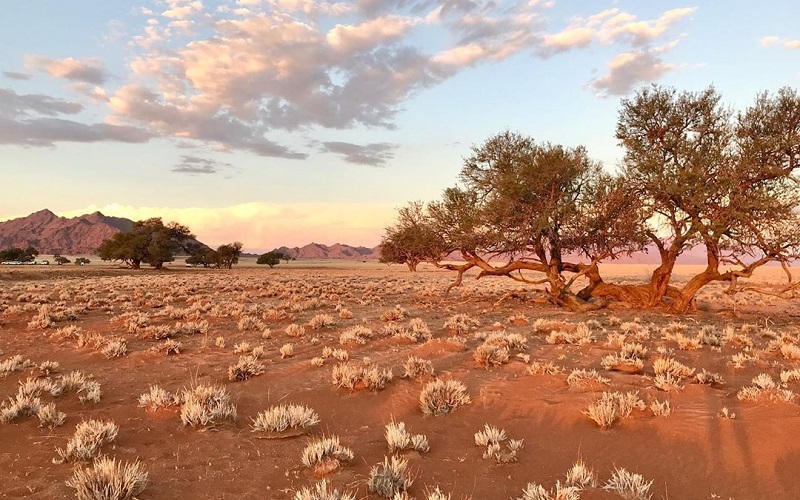 Although Africa is well-known for its Sahara Desert, which is quite stunning, there’s so much more to the continent than you know. Namibia, a country in South Africa, is home to one of the natural treasures Sossusvlei dune sea, which is best known for its breathtaking landscape. It is situated in the Namib Desert, where orange and red-colored sand dunes soar high in the sky, creating stunning formation. This place is a dream for many photographers as the view here can get incredibly awe-inspiring, especially when you come here at dawn or late afternoon. The geometrically patterned dunes stand beautifully against the blue sky, which makes for such a stunning vision. 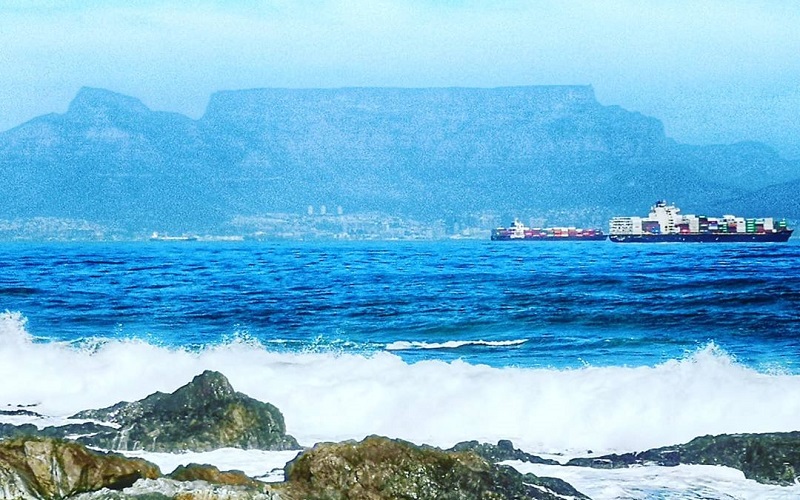 Cape Town is one of the most popular spots in Africa, which is widely-known for boasting a series of astonishing sceneries and first-class culture. Besides that, the city also takes pride in its gourmet restaurants that are sure to satisfy any palette. This spot is ideal for both adventure-seekers as well as laid-back travelers, where they can indulge in a variety of fun things including beach-hopping, hiking, exploring museums, art galleries, and much more. This beautiful city is also home to the iconic Table Mountain, which is a popular destination for hiking but you can reach the top by using a cableway as well. 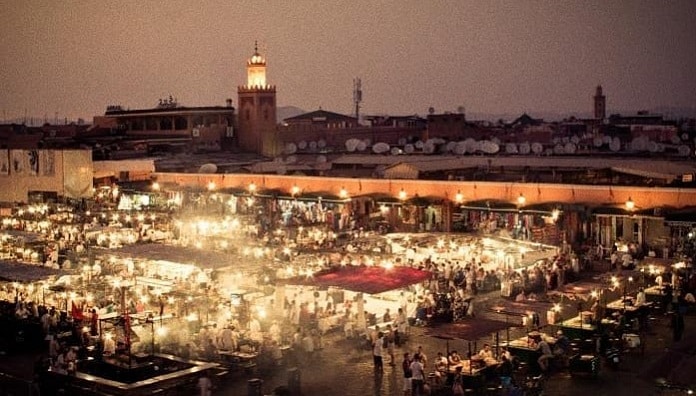 Situated on the north side of Africa, Marrakesh is one of the cities in Morocco that is buzzing with life. It is home to various mosques, palaces, gardens, and several tourist spots, where you get surrounded by colors and sounds. The charismatic feel of the city can make any person fall in love with this place. Also, don’ forget to explore the medina in Marrakesh, which is literally packed with souks, food-markets, and a narrow maze of streets.