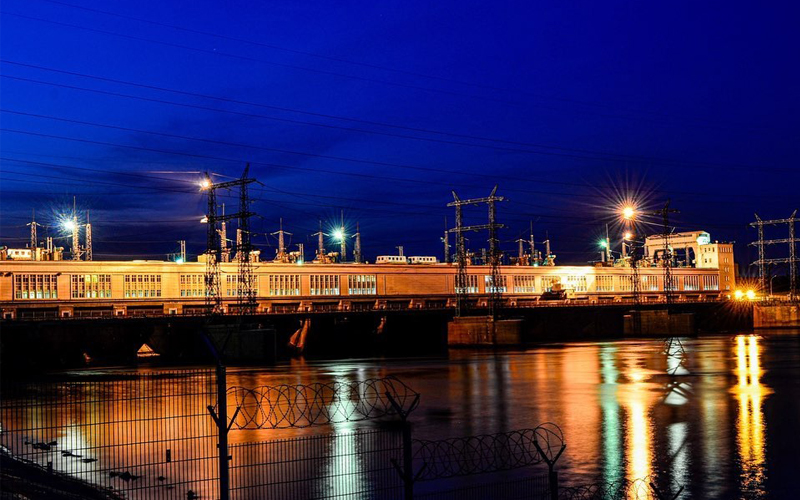 What is your idea of crazy? Traveling on a train passing through the narrow streets in a busy market in Bangkok, Thailand or boarding on a train that passes right through a tunnel constructed inside a building? Well, we will leave the decision for you to make because these ultra-creative railway tracks resulted from genius brains or we may say desperate engineers have not only given the population a good means of transportation but along with that they have also made the whole experience of traveling on a train more enthralling and bizarre at the same time. While trains are not the same as we think of cars and buses but they are a staple mode of transportation guided by the rails. However, sometimes it’s the need or the design mistake that leads to some unusual and bizarre constructions, and that’s what this article is all about. There are many rail systems around the world that follow very unusual and ultra-creative rail tracks. Listed below are 4 strange/craziest railway tracks that you would ever come across. 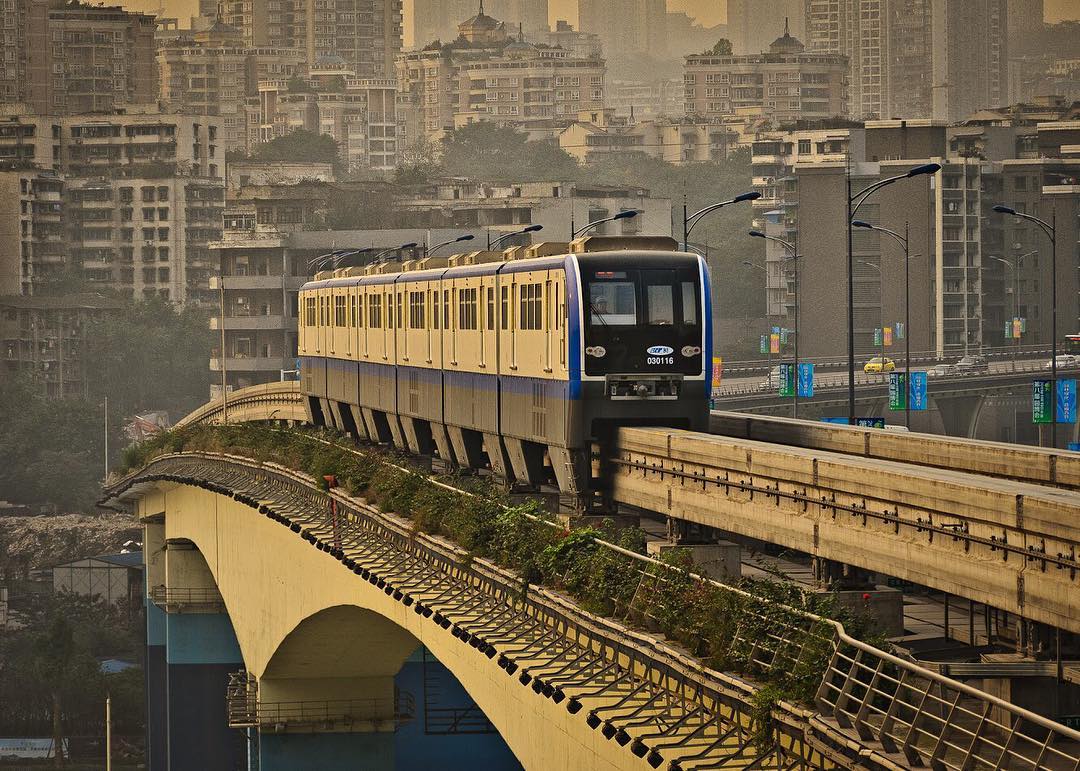 Chongqing, one of the most populated cities in china, tops the list here. Due to largely built buildings and highly-populated areas, the architectures and the city planners had to come with a unique yet weirdest idea to develop an important monorail line. A 19-story apartment building was causing hindrance in the development of the railway track as it was coming in the way. The architectures and the planners only had two options, either to demolish the whole building or getting rid of two floors from the building to make way for a tunnel and they went with the second option, and now it’s been years since the tunnel was created, the train literally passes through the building. Many years later, town officials are still convinced that they took the right step. Now, if it isn’t crazy, then we don’t know what is.

If the first railway track was weird enough for you, then this may amuse you a bit. Situated right in the middle of a narrow street market in the old quarter of city Hanoi is a railroad track that guides a train through a bustling street. Any time the train approaches, the busy street comes to a complete standstill until the train passes by. All the shops that are lined on both sides of the track shut down and immediately reopen as soon as the train lefts. 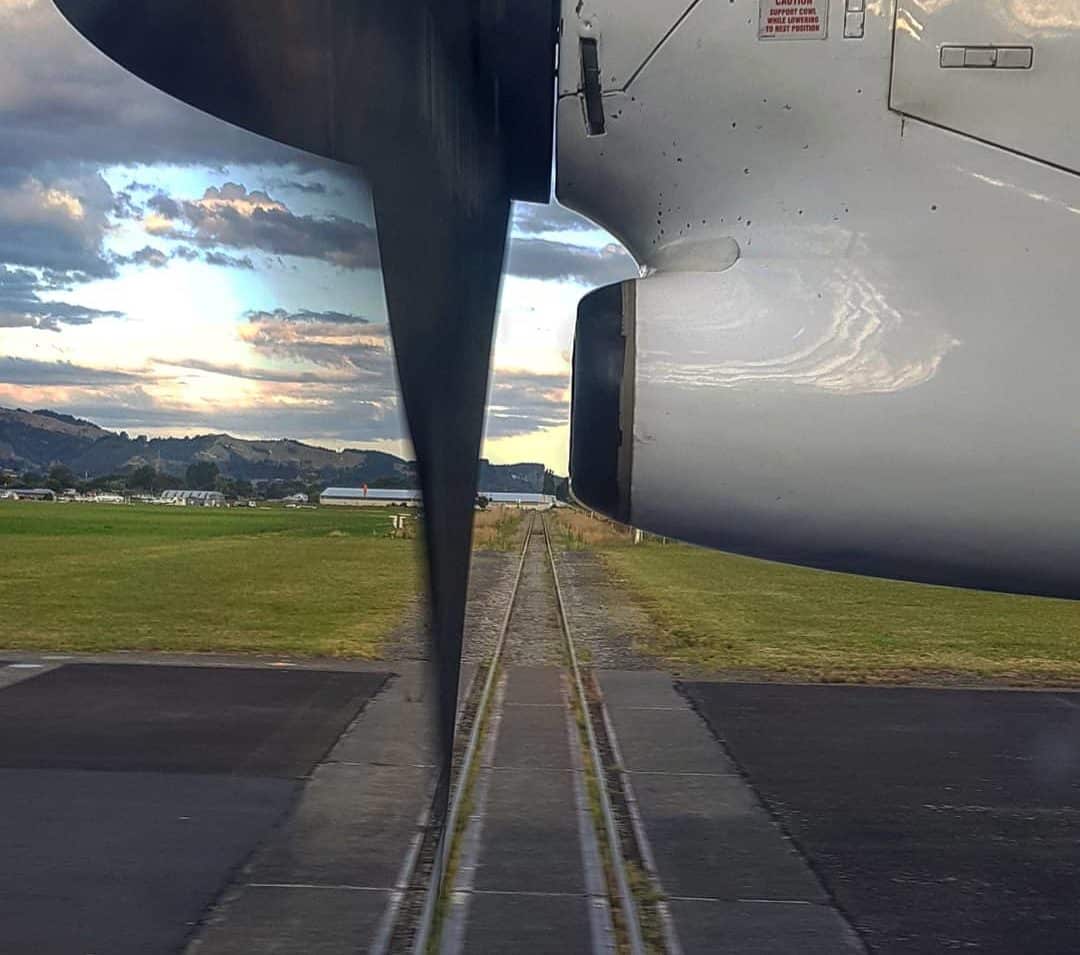 Train passing through a building or the middle of a narrow busy street is one thing, but what about it passing through an airport? Gisborne Airport, located on the eastern coast of NewZealand’s north island, is a regional airport, which is one of the very few airports in the world that has railway lines intersecting the runway. The rail route functions between 6:30 am to 8:30 pm, and every time a train passes directly on the top of the runway, in order to cross and continue down the line, they have to stop to get a clearance from the traffic control. 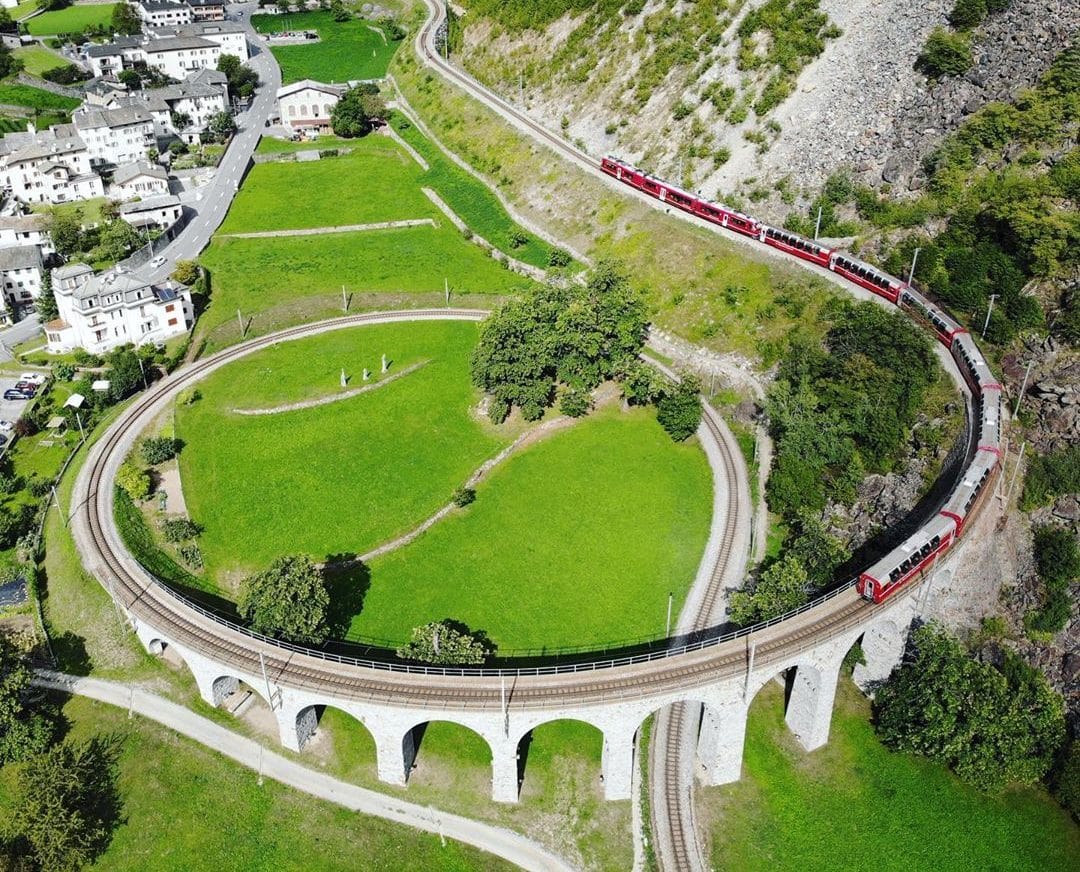 A spiral railway viaduct located in Brusio is a track that was constructed at the turn of the last century to allow the trains to gain more elevation in a short distance. The viaduct is about 110 meters long and has a horizontal curvature of 70 meters with a longitudinal slope of 7%. This railway duct is a part of the Bernina railway section between Brusio and Campascio, which is about 55 km from St. Moritz.