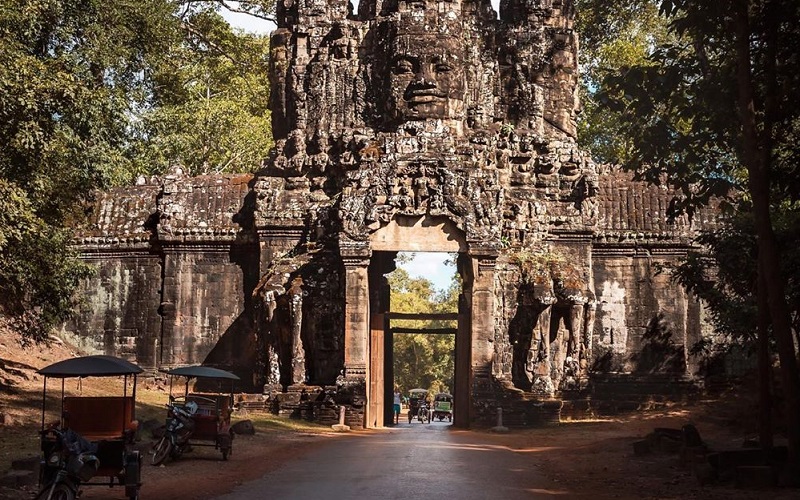 Angkor Wat in Cambodia is one of the most popular tourist attractions in the whole of Asia. This UNESCO World Heritage Site is the largest religious moment in the world, and its ubiquitous popularity can be attributed to the massive and impressive structure of the temple, as well as all the interesting stories associated with this site that certainly needs to be explored. The ginormous structure of this monument is breathtaking in itself, and what makes this iconic and sprawling site more interesting is the surrounding moat and intricate carvings.

Visitors from all around the world make it a point to add Angkor Wat complex to their itinerary or bucket list when visiting Asia. The site is not only known for its breathtaking facade but also the rich history associated with it that is sure to leave visitors intrigued and amused. For instance, Angkor Wat was originally built to honor the Hindu god Vishnu; however, later on, it was converted into a Buddhist temple by 14th-century leaders. Much like this, the site is riddled with several fascinating facts and events, and if you are curious to know more about this amusing and mysterious temple complex, make sure to scroll down.

It is the “city of temples” 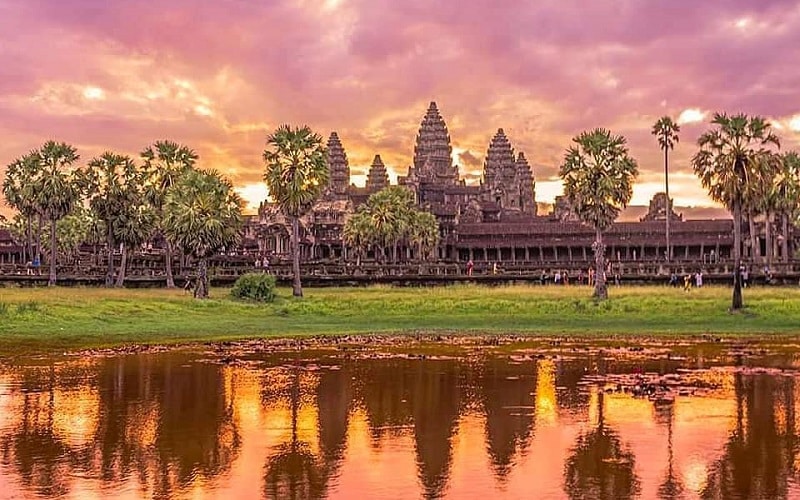 In addition to the modernized name Angkor Wat, the site is also popularly known as “city of temples” or “temple city”. What’s even more interesting is that new temples and ruins continue to be discovered almost every year, and that tells a great deal about the vastness and sprawling nature of this site. The temple was originally named Vrah Vishnuloka or Parama Vishnuloka before the conversion into a Buddhist temple.

Angkor Wat is the primary reason for Cambodia’s popularity 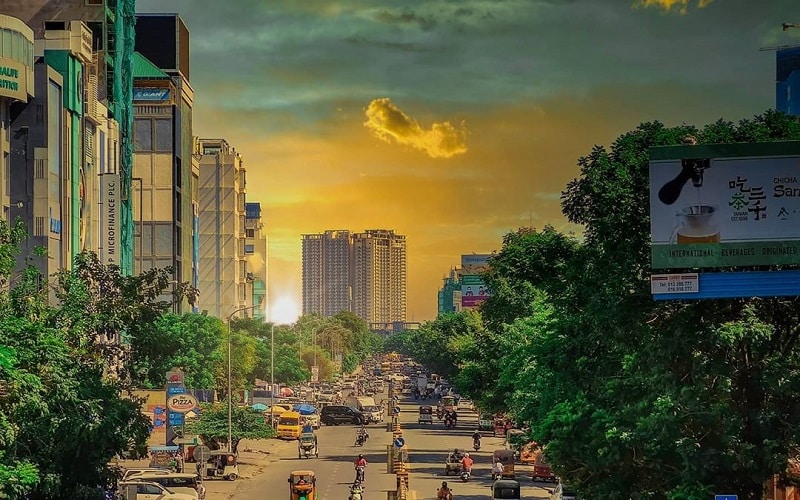 Angkor Wat is arguably Cambodia’s best highlight, making it the primary reason why almost 50% of international tourists visit this country each year. The Cambodians take so much pride in this religious monument, and their pride is easily reflected through Cambodia’s national flag that features Angkor Wat in the center. Cambodia and Afghanistan are the only two countries in the world to feature a national monument on their flags.

Angkor Wat is aligned to the west 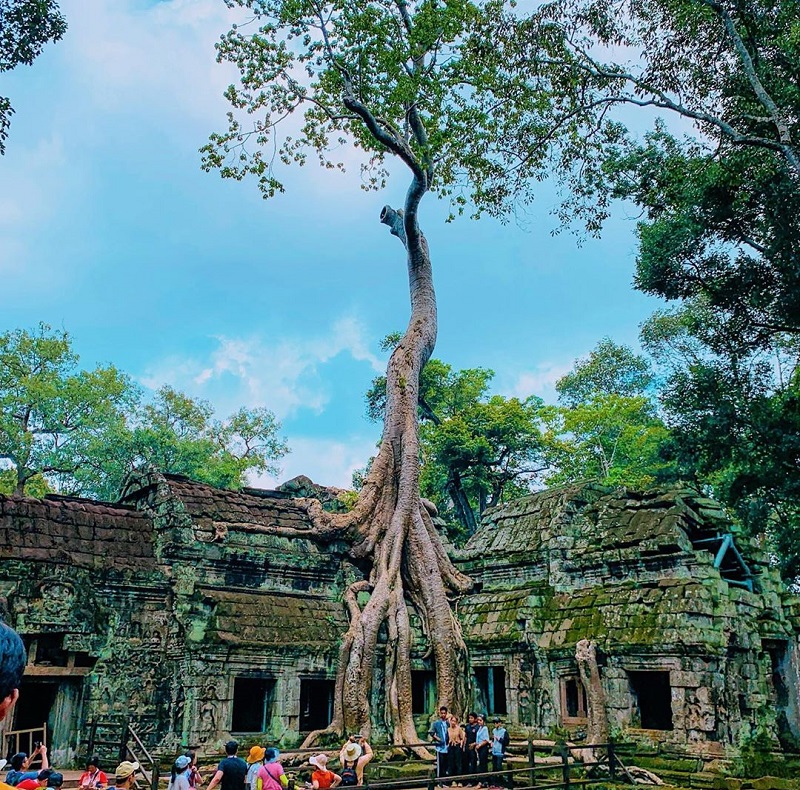 The majority of Angkorian Temples are aligned to the east; however, Angkor Wat is unusually aligned to the west, which is really odd considering it’s a direction that is related to death in Hindu culture. Although this odd alignment raised many questions, the best thing that came out of this was the breathtaking view of Angkor Wat in the evening during sunset when everything looks so whimsical and attractive, and that’s the reason why many visitors chose to explore the temple during the evening. 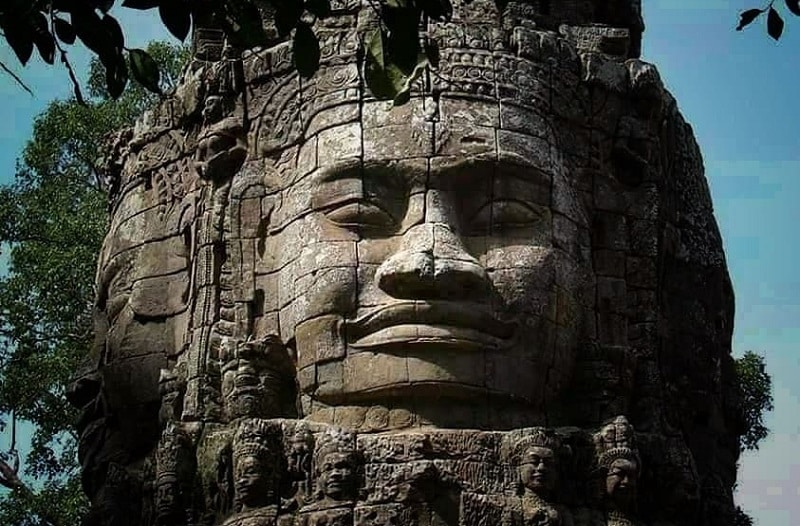 The kind of efforts that were put into by humankind to build this majestic creation can easily be estimated by the amount of sandstone that was used to complete the complex. The sandstones were mined from the mountain of Phnom Kulen, which is located about 50 km away from the complex. Each sandstone block is estimated to weigh 3300 pounds, meaning that maneuvering the blocks from one end to another must have been a very labor-consuming job, which is mind-blowing.

The vegetable compound was used to bond Khmer brick together 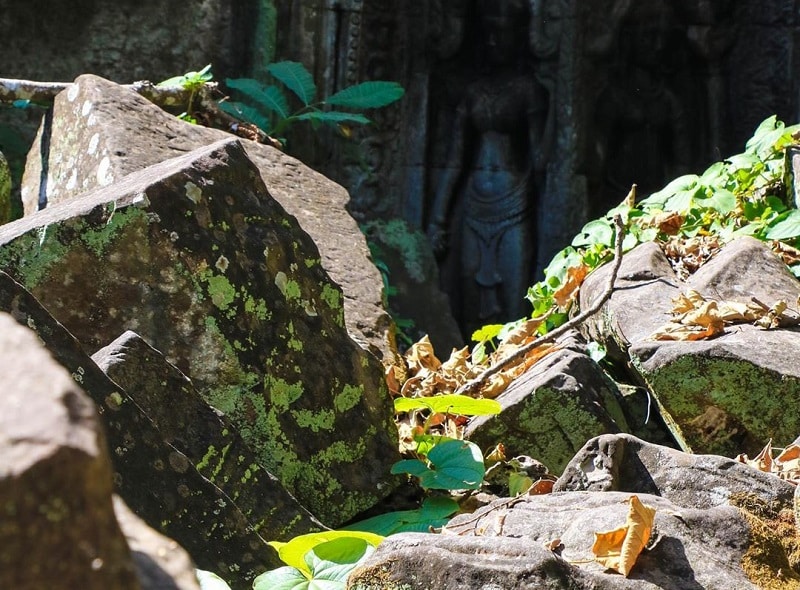 Now, this is one of the most interesting facts that are sure to leave you amused. Instead of binding the Khmer bricks together using typical mortar or cement, some kind of vegetable compound was used, which is almost invisible. Even the scientists haven’t still figured out how the bricks managed to bind together without falling apart throughout these years.