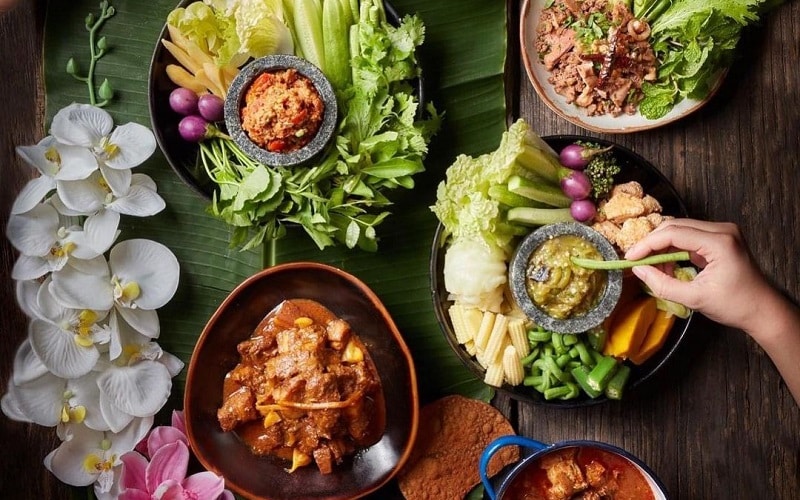 If tasting unique yet delicious foods is your sole purpose of traveling, then Australia’s Northern Territory may turn out to be a food paradise for you. While the Northern Territory isn’t widely recognized for offering an assortment of mouth-watering dishes, it guarantees to offer foods that you may not have tasted ever before. Other than the national parks, the unique yet delicious cuisine is also one of the main highlights of this sparsely-populated region. Even the most-traveled foodies tend to be left surprised by the number of fascinating offerings in this region.

The Northern Territory is the best place to consider when it comes to experiencing aboriginal culinary culture, which is commonly known as bush tucker or bush food. Other than bush foods, you can also relish some freshly caught seafood that is commonly served at markets, bakeries, and pubs. And when it comes to Darwin, the capital city of the Northern territory, this area is best known for a thriving Asian food scene.

Read on as we take you through a couple of foods you must try when in the Northern Territory. 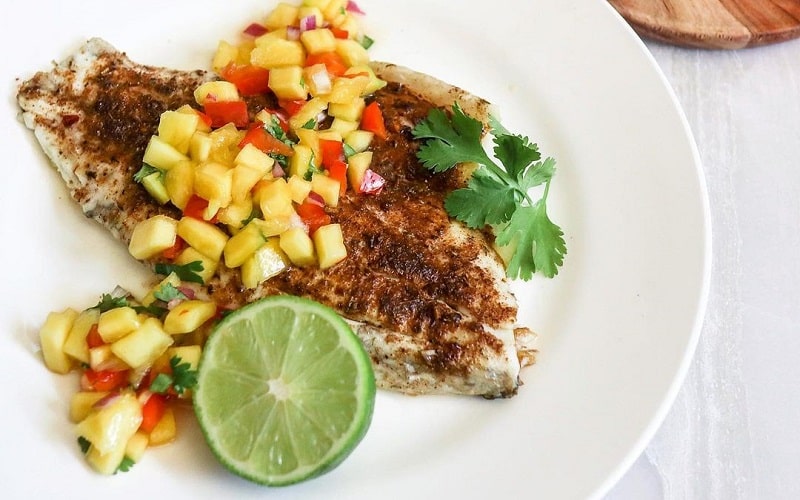 Native to the oceans around northern Australia, barramundi is a popular dish to try in the Northern Territory. Also known by the name Asian sea bass, this dish consists of fish, which can be either fried, baked, or grilled, depending on how you like it. This dish doesn’t have too many flavors; in fact, the flavoring tends to be light, which is one of the reasons why this dish is popular in the region. Barramundi is often paired with red or white wine in order to enhance its taste. 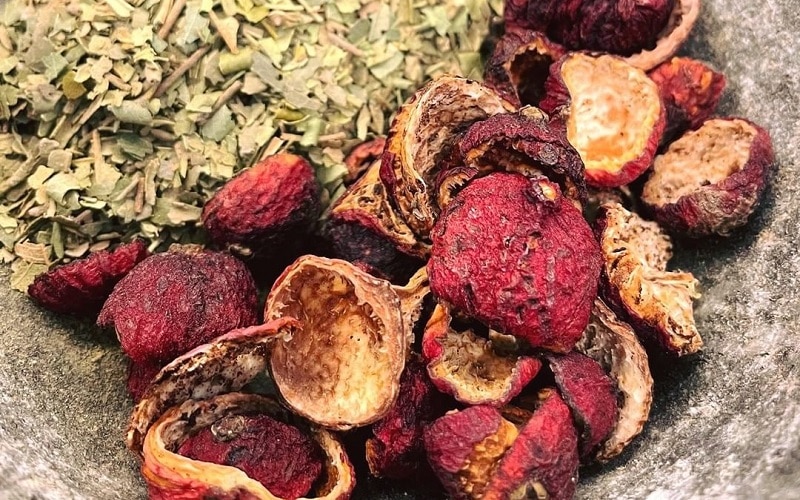 When it comes to trying Australia’s bush food, Quandong is easily one of the best options to consider. It is not only popular as a bush food but also as a traditional staple food among aboriginal people. As far as the availability of this fruit is concerned, it is commonly found in Australia’s arid and semi-arid regions, including the central deserts of the Northern Territory. Also known as a wild peach or desert peach, Quandong is used to prepare other edible items like tart jams, pies, and chutney. 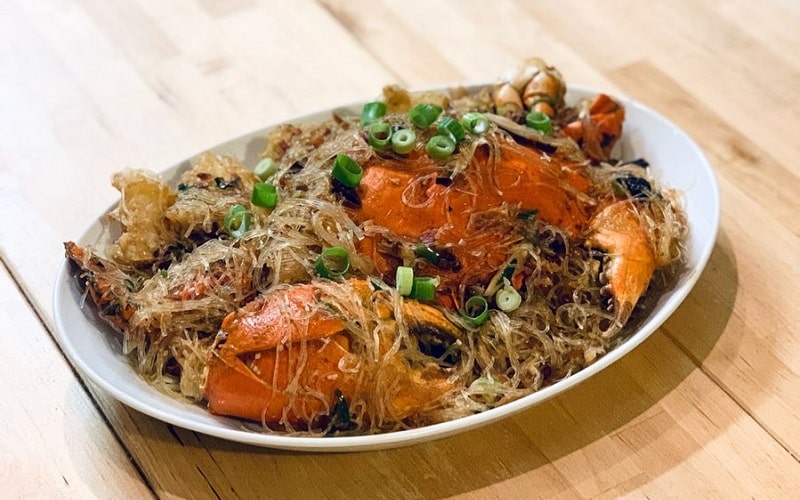 Looking to have a distinctive dining experience in the Northern Territory? Look no further than mud crab. With hints of sweetness and some spice, mud crab is sure to leave an explosion of flavors in your mouth. The rich flesh of the crab makes this dish taste even better. You certainly won’t regret relishing this super delicious and mouth-watering dish. The period between May and December is favorable for catching crabs, but the daily catch can vary according to the local conditions. Therefore, make sure to confirm the availability of this dish ahead of visiting any place. 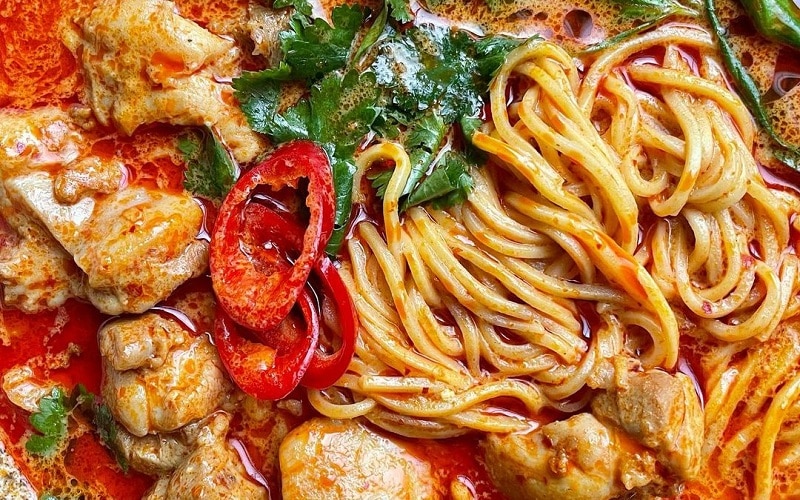 Laksa is one of the most popular dishes to try in the capital city of the Territory, Darwin. The city is best known for its multicultural food scene, you can find almost every type of cuisine here including Korean, Vietnamese, Greek, Peranakan, etc. Laksa is an iconic dish to try in the city; it consists of a spicy noodle soup that is often topped with items like prawns or some meat. This dish can be quite filling; you can have it on the go whenever in Darwin. 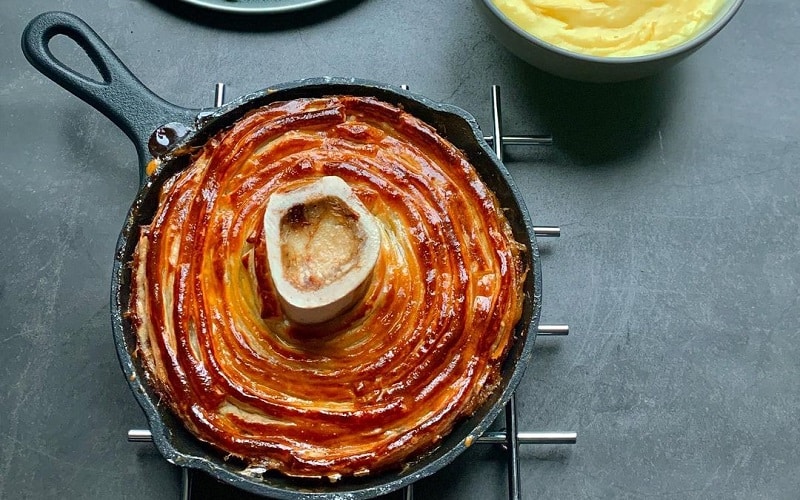 Meat pie is yet another lip-smacking dish to try in the Northern Territory. It is incredibly popular among Aussies and is considered an iconic Aussie meal. This food item is available in almost every gas station, bakery, and chic café, you can have it as a snack in the evening or whenever you like. In order to enhance its taste, the meat pie is served with ketchup, so make sure to dip it in the sauce before tasting it.