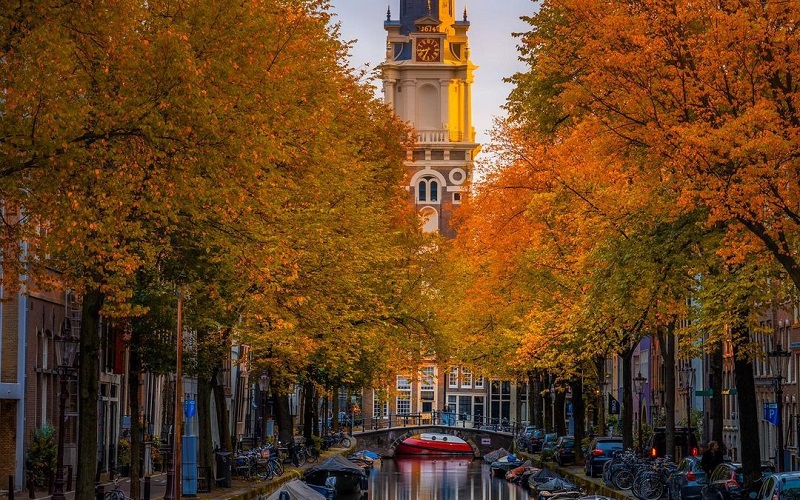 Amsterdam is one of the most popular tourist destinations in the world and is a cosmopolitan city that attracts tourists to look into its charm and history. We all know there are many places to visit in Amsterdam and also, there is a vast variety of new things that you can try out in the city. Moreover, the city of Amsterdam is often referred to as “Venice of the North” and that is because of the overwhelming number of canals here, and it is specifically a true delight for tourists of different ages that are coming from different parts of the world.

We all know about the stereotypical Amsterdam but it is certainly more than its popular stereotype of cannabis cafes and also, it’s the famous red-light area when it comes to Amsterdam sightseeing. However, Amsterdam is an ideal holiday destination for you to explore. If you are visiting this place with your friends or family then this is an ideal place for you to visit and spend your time here. Thus, here are some of the places to explore in Amsterdam while visiting for the first time. 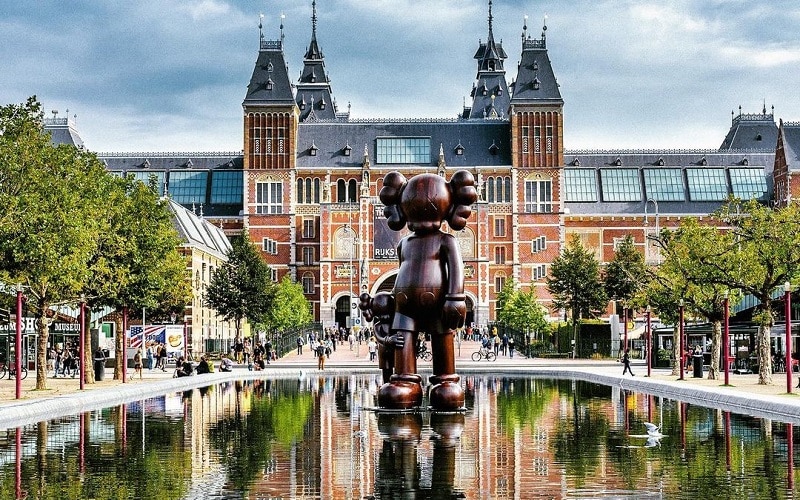 Dutch national museum or the Rijksmuseum is a museum that is dedicated to the history and art in Amsterdam. If we talk about the location of this place, the museum is located at the Museum Square in the borough Amsterdam South. The Rijksmuseum was established in The Hague on 19 November 1798 and it was moved to Amsterdam in 1808, and it was first located in the Royal Palace and later it was shifted to the Trippenhuis. Rijksmuseum has on display 8,000 objects of art and history, and also, they have a total collection of 1 million objects from the years 1200–2000, among there are some great masterpieces by Rembrandt, Frans Hals, and Johannes Vermeer, as well. 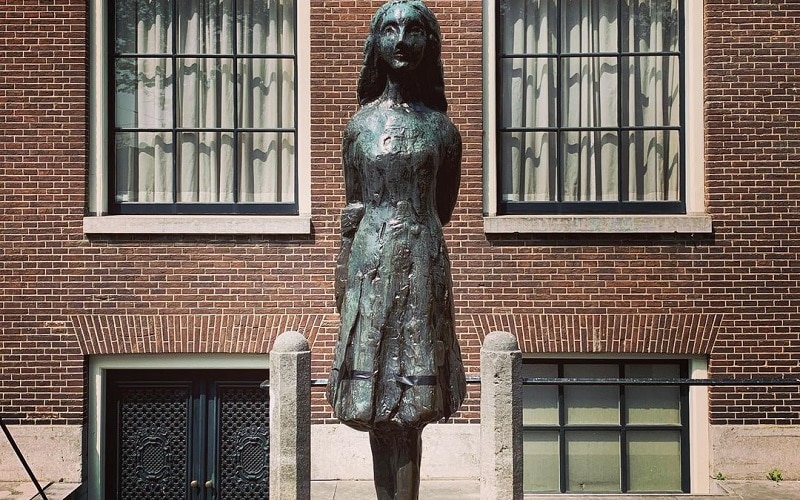 Have you read the book “The Diary of a Young Girl”? Whether you have read the book or not, you must visit this place if you are spending your vacation in Amsterdam. The Anne Frank House is basically a writer’s house and biographical museum which is basically dedicated to Jewish wartime diarist Anne Frank. If we talk about the location, the building is located on a canal called the Prinsengracht, and is very close to the Westerkerk, in central Amsterdam. We all know, during World War II, Anne Frank hid from Nazi persecution with her family and four other people. All were hidden in rooms at the rear of the 17th-century canal house, which is known as the Secret Annex. And she did not survive the war but her diary was published. 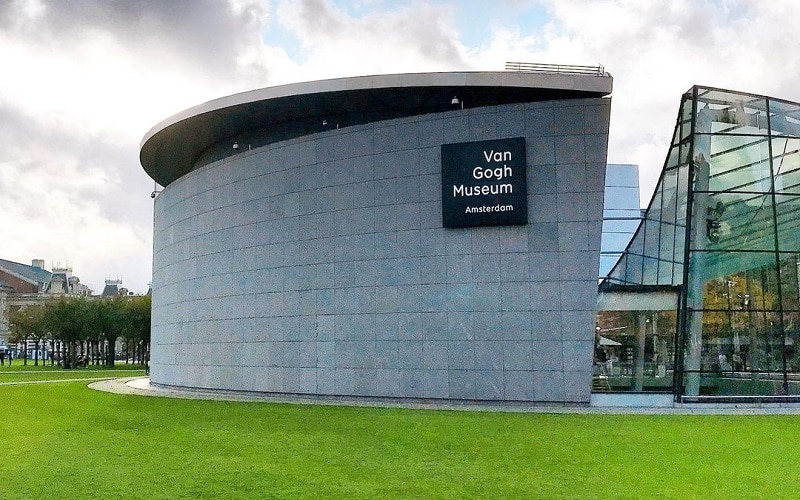 The Van Gogh Museum is basically a Dutch art museum that is dedicated to the works of Vincent van Gogh and his contemporaries. It is located in the Museum Square in Amsterdam South and is very close to the Stedelijk Museum, the Rijksmuseum, and the Concertgebouw. The museum was founded on 2 June 1973, and the buildings were designed by Gerrit Rietveld and Kisho Kurokawa. Also, the museum has the largest collection of Van Gogh’s paintings and drawings in the world, and moreover, in 2017, the museum had 2.3 million visitors and was the most-visited museum in the Netherland, and also, the 23rd-most-visited art museum in the world as well. 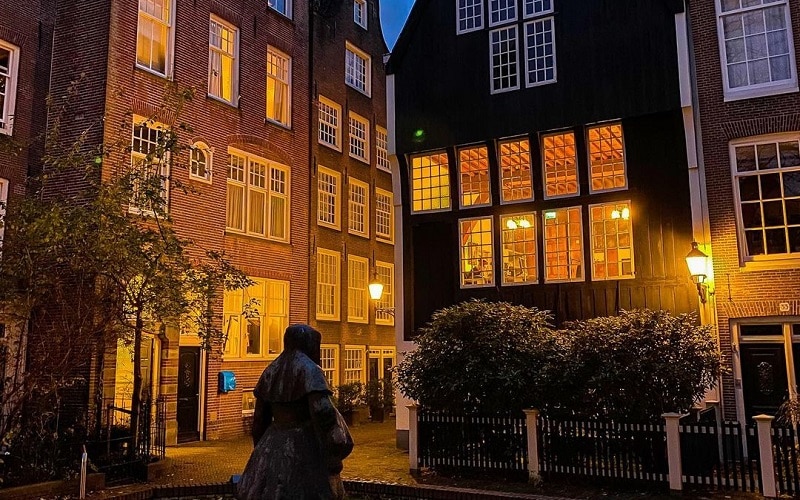 The Begijnhof is one of the oldest hofjes in Amsterdam, Netherlands and also it is a group of historic buildings, mostly private dwellings, centered on it. As we can actually see through the name, this place was originally a Béguinage. Today, it is moreover the site of two churches, the Catholic Houten Huys and also, the English Reformed Church as well. However, The Begijnhof is the only inner court in Amsterdam that was established during the Middle Ages and hence, lies within the Singel. 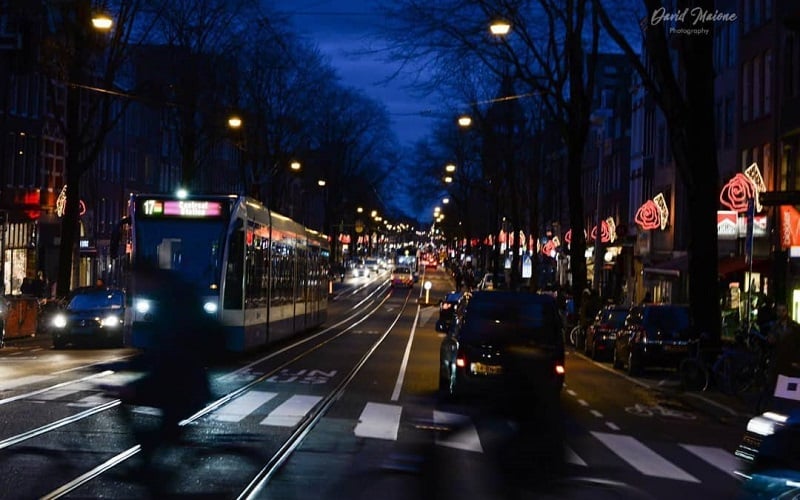 The Rozengracht is basically a street in the Jordaan neighborhood of Amsterdam which runs between the Prinsengracht at the Westermarkt and the beautiful Singel canal at De Clercqstraat. If we translate Rozengracht into English, it means Rose Canal. Moreover, The Rozengracht is one of the six former canals in the Jordaan and also, the reasons for filling in the 17th-century canal in 1890 were poor hygiene from polluted water.

Hence, these were the places that you cannot skip while you are spending time with your friends and family in Amsterdam.