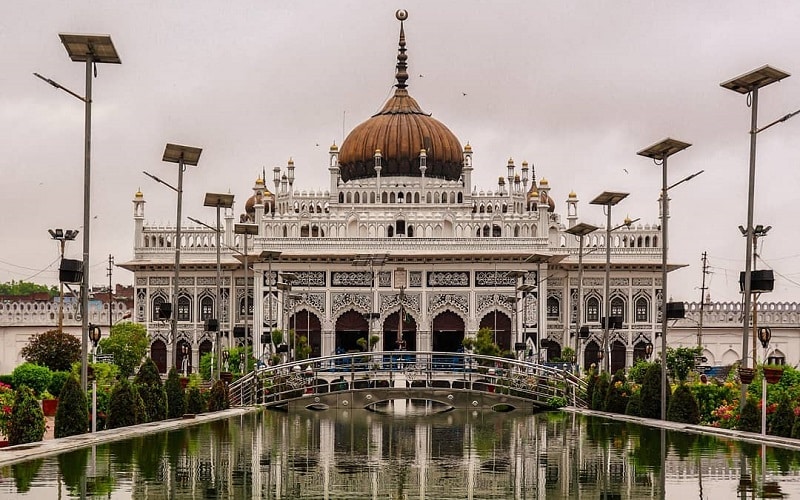 A vast city adorned with historical monuments, relics of British India, parks, lahja (manner) of the people and the widely known mouthwatering food. We are here in the city of the “nawabs”- Lucknow!

A large city in northern India, Lucknow is the capital of Uttar Pradesh. This beautiful city is one of the most populous cities in the country and is reputed as a multicultural city with culture and art oozing out from every corner. The city enjoys its prominence in the field of administration, culture, governance, education, technology, music, poetry and a lot of different genre.

When its Lucknow how can you forget nawab and kabab. Bringing these and a lot more in the list below. Check out to know the best places to see and what to eat in the city of Lucknow- 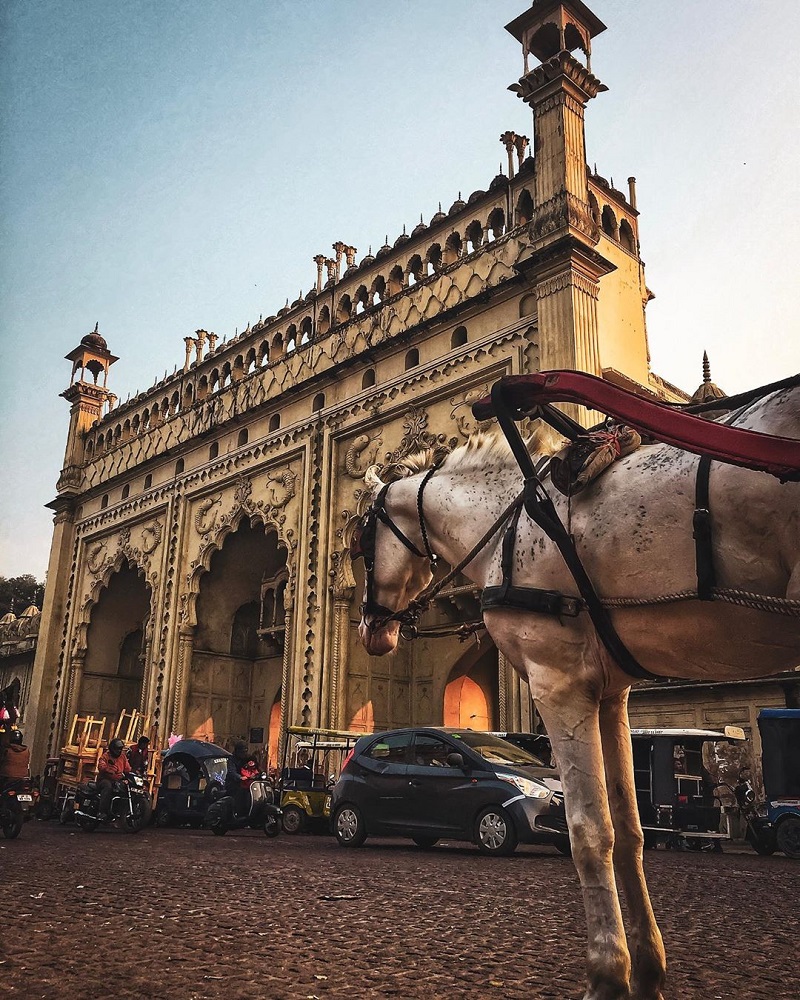 One of the largest buildings in Lucknow, the Bara Imambara is a shrine built by Asaf-ul-ud-Daula for the purpose of Azadari.(mourning). The word “bara imambara” is an urdu word where ‘bara’ means big and imambara means the shrine complex. The place also has a mosque which contains the tomb of Asaf-ud-Daula and a labyrinth which is the only maze in India supporting a massive structure of the entire complex from underground. 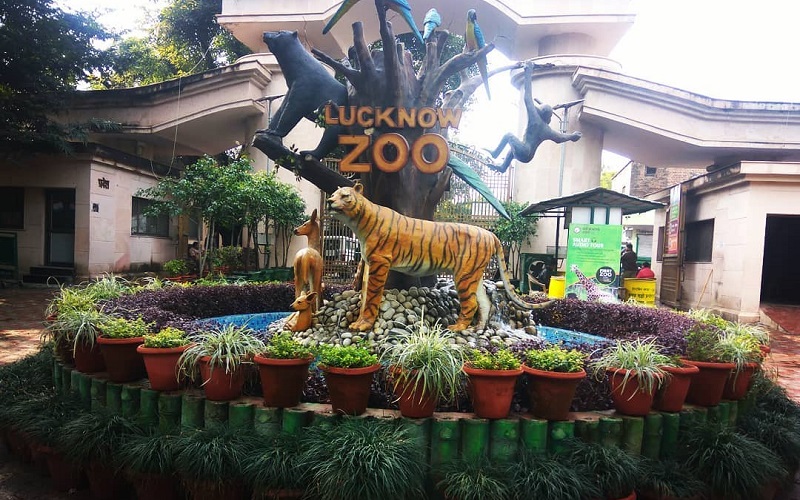 Spread over a sprawling area of 71.6 acres of land, the Lucknow Zoo is also known as the Prince Wales Zoological Park. The zoo was built in the year 1921 to commemorate the royal visit of Prince of Wales to Lucknow. From wide range of exotic animals to birds and splendid views of reptiles including the Indian Wolf, White Tiger and Hog Deer, the zoo also offers attractions like special toy trains, pollution free vehicles, food courts and also souvenir shops.

One of the beautiful monuments in the city of the nawabs, the Chota Imambara is a congregation hall built for Shia Muslims by Muhammad Ali Shah who was the third Nawab of Awadh. This complex consist the tomb of the nawab himself and also his mother who is buried alongside him. This beautifully designed monument consists of two halls, an unfinished watchtower and the outer part of the imambara is adorned with Quranic verses in Islamic calligraphy.

Located near the Lucknow Zoo, the Constantia House is now harbored by the La Martiniere College. You can see the glimpse of Italian architecture in prominence here. The building is situated on a terraced spot which earlier was a lake. The building is beautifully designed with stone and sand color. The college played a major role during the siege of Lucknow and is the only educational institution to receive a battle honor. 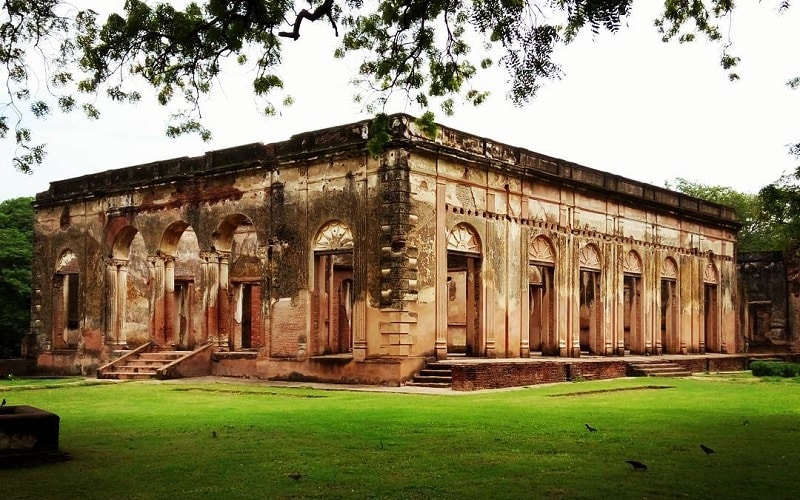 Also called the Residency Complex, is a group of several buildings in the city. The building served as the residence of the British Resident General who served as a representative in the court of the nawab. The building was constructed by the fifth nawab, Nawab Saadat Ali Khan II. However surviving the storms during the battle, the site has now ruins after the battle. The bullet grazed walls during the event is still preserved and attracts a great number of tourists every year.

The largest and the oldest museum in the city, the Lucknow Museum was established in the year 1863. Exhibiting some of the oldest antiques as old as dating back to the Gupta period, the museum also portrays potteries, tools, weapons, manuscripts and much more historical relics to watch out. 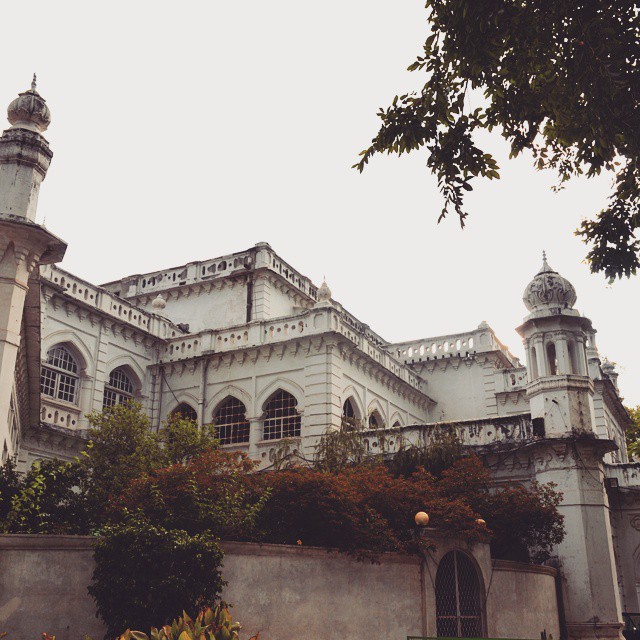 Located at the heart of Lucknow, Hazratganj is a prominent shopping area housing shopping complexes, hotels, restaurants, theatres and offices. You can check out for traditional Indian shopping here with wide variety of jewelries, handlooms, handicrafts, automobiles, and electronics. Surprisingly, the place also harbors a library. 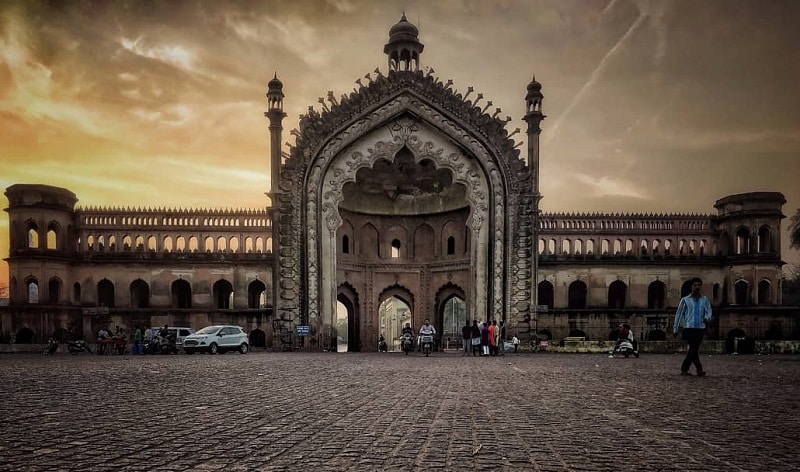 Built in the year 1784, the Rumi Darwaza is a magnificent gateway replicating a great masterpiece of Awadh Style of architecture. This huge monument is also known as the Turkish Gate is sixty feet tall. Often considered as the logo of the city, this great darwaza is the entrance to the city. This marvelous gateway is often compared to that of the Rome and the Ottoman Empire. However, it is believed that the gate is called Rumi gate just because it was modeled after the gateway of Modern Istanbul or the then Constantinople. 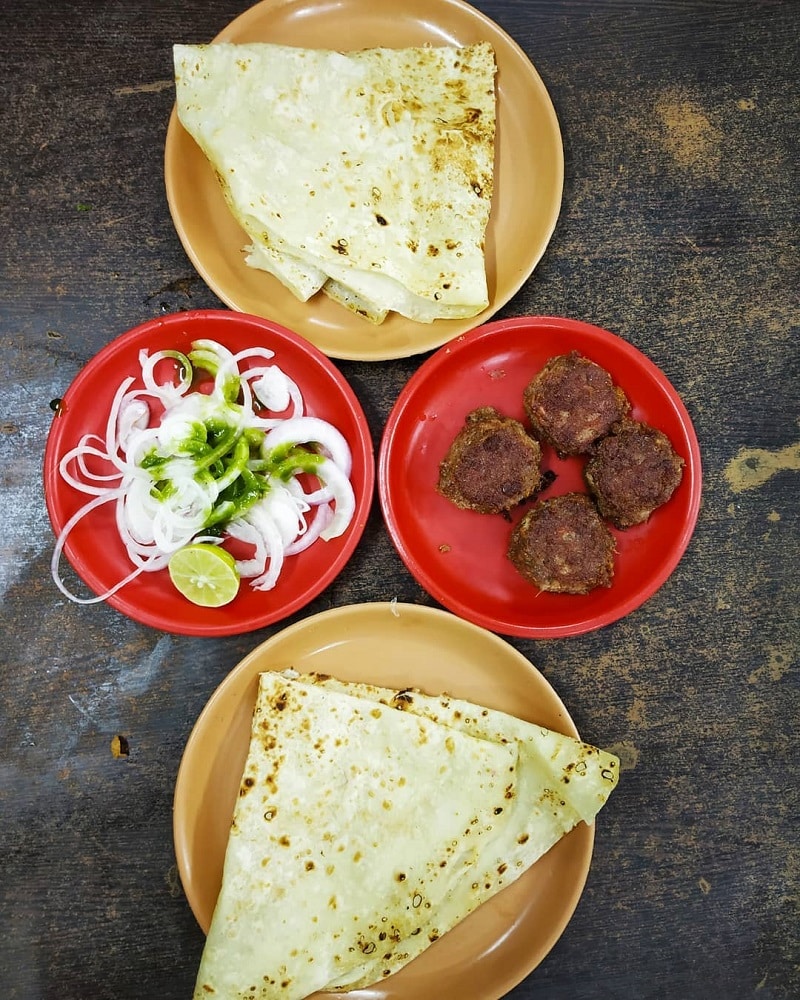 or Galauti Kebab is one of the many amazing delicacies of the city. This was once made for a Nawab of Lucknow and it’s great that now anyone can try this one. Prepared with unripe papaya and minced meat this dish is specialized to melt in your mouth and that’s what the term ‘galawti’ means. Do try it when in Lucknow. 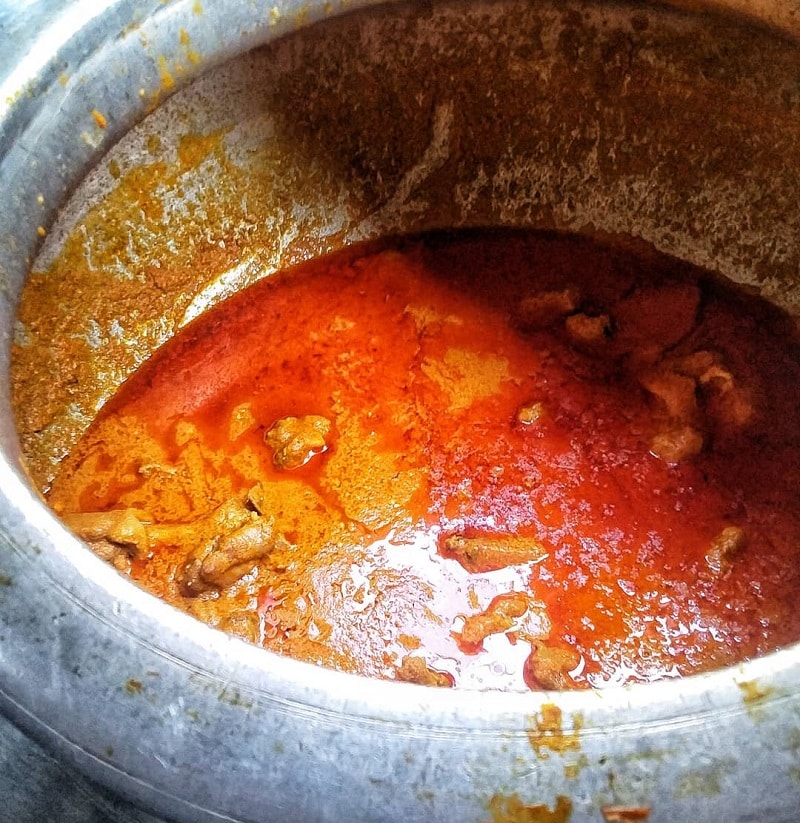 this dish isn’t any more an exclusive in Lucknow since you can get it anywhere in India and cook for yourself too, but the flavor and authenticity and the great taste that the Rogan Josh of Lucknow promises is hard to find anywhere else. Soft meat dipped in curry with awesome aroma of those spices will leave you asking for more. 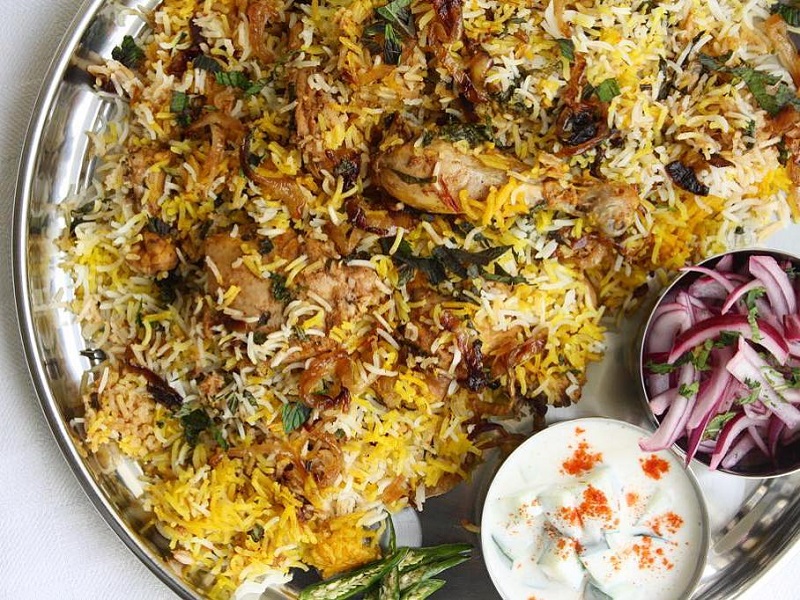 when it’s Biryani who would say no? Special treats for the non-veg lovers, this Lucknowi biryani is what you simply cannot resist. With those separately cooked rice infused with spices and the technique which makes it even more special is what makes people love it more.

a lip smacking sweet recipe with milk and rice and exotic flavor of cardamom, saffron and delightful taste of almonds and pistachio, give this superb dessert a try. You’d love it for sure!

when you done sinking your teeth to those aromatic and utterly tasty dish this is the best way to wind up your meal. If you are a paan lover you got to try this and if not try it even then because it’s something you won’t find elsewhere. Don’t confuse it with any other ordinary paan you’d find. It’s more than a paan leaf, supari, katha and gulkand…it’s exotic!

So that was Lucknow at a glimpse. Do visit this beautiful city if you haven’t already!