Situated in the northeastern region of the United States, New England is a land of immense beauty and fascinating history that can certainly leave any visitor spellbound and intrigued. The New England is teeming with all things touristy that tell a great deal about the region’s history and its majesticness. Comprising six states in the region, New England boasts of forested mountains, Atlantic coastline, quaint cities, amazing culture, fall foliage, and bountiful natural beauty.

New England is home to some of the most iconic sites that are sure to leave you mesmerized. In light of the current scenario when going out and about and visiting tourist places is not really suggestible or deemed safe, we only have these less touristy outdoor attractions to rely upon so that we don’t have to compromise on our safety and ensure a relaxing vacation or getaway to unwind from everything that’s happening around you. Listed below are some of the iconic outdoor landmarks in New England that are sure to blow your mind away. 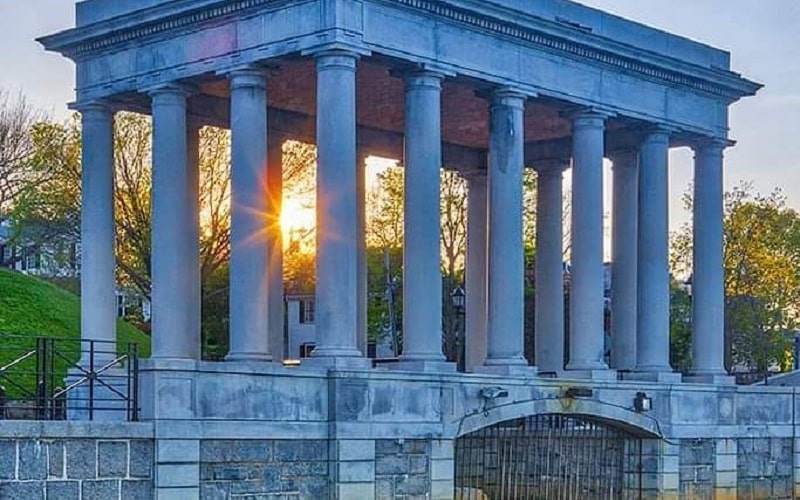 Sitting on the shore of Plymouth Harbor in Massachusetts, Plymouth Rock is the most iconic rock in America, which attracts millions of visitors at its footstep every year. The rock is featured inside the imposing outdoor pavilion. As per the oral tradition, Plymouth Rock was the traditional site where William Bradford and several other pilgrims first set their foot on this land. Since then it has been serving as an iconic site in America, which holds a historical value. 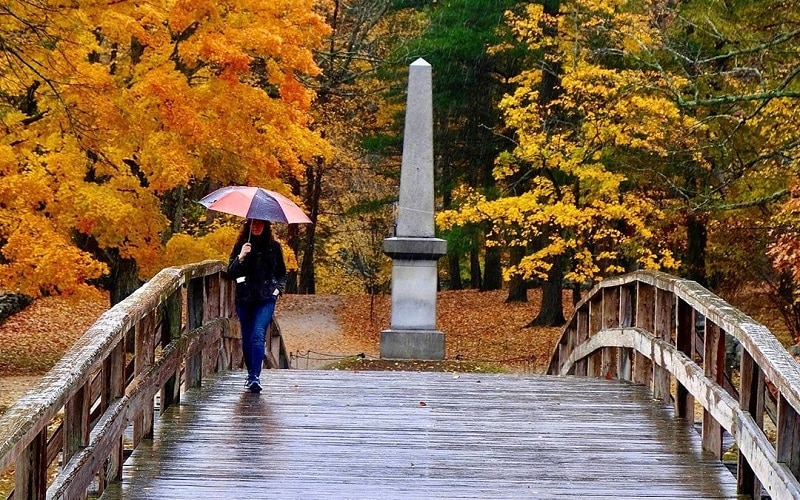 The North Bridge, also known as the Old North Bridge, serves as one of the most iconic historic sites in American history. This is where the first true battle of the American Revolution took place in April of 1775. The infamous Battle of Concord that was fought between British and American forces lead to the destruction of this place. And since then the bridge has been rebuilt plenty of times. Each time a visitor walks through the bridge, the flashbacks of this revolutionary battle reminds them of the time that made for a major turning point in America’s history.

New England is home to a multitude of lighthouses, and of all the lighthouses existing in the region, the Cape Neddick Nubble Lighthouse is arguably its fine example. It has always been one of the most popular tourist spots in New England, and it can be owed to the majestic views of this lighthouse, which is surrounded by nothing but immense beauty that makes for a perfect representation of life on earth. The lighthouse is very much active to date, although you can’t really visit or tour the lighthouse. However, it doesn’t mean you can’t admire its view from a distance, which looks absolutely amazing and spectacular. 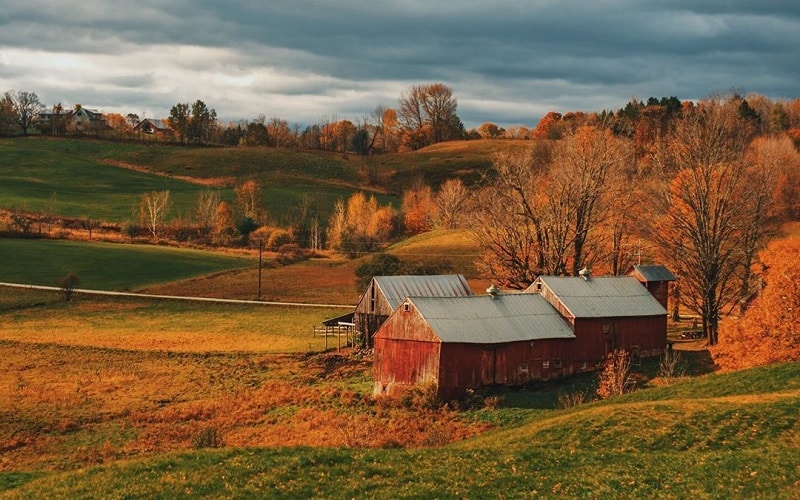 Whenever it comes to Vermont, there’s no other place that can beat the breathtaking beauty of the Jenne Farm, which is possibly its best highlight. If that’s hard to believe, then it might help to know that it is one of the most photographed farms in the world, and has also gotten featured in several magazines, photography books, advertisements, and whatnot. The beautiful setting of red-painted barns, leafy country lanes, rolling hillsides, and not to mention, cows, make for such an amazing backdrop, and it is certainly one of those landscapes that will stay etched in your memories forever. This place particularly looks even beautiful during autumn when the trees start to lose their natural color and change themselves to a very alluring and eye-catching shade that only adds to the beauty of this farm.