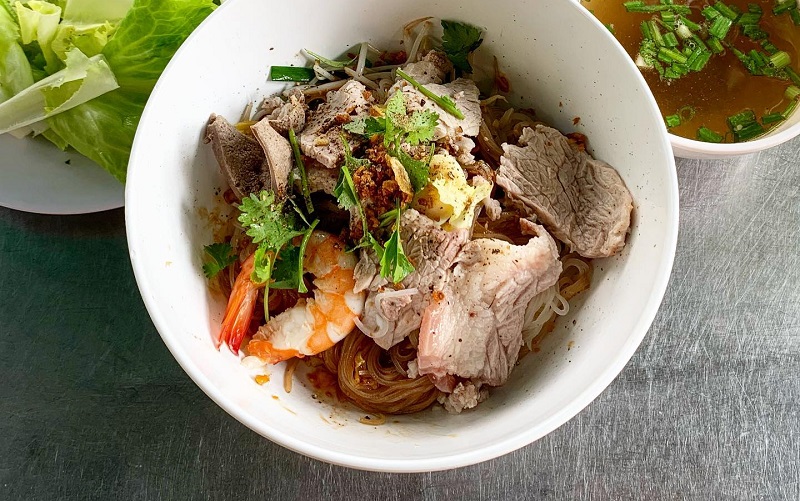 When you are traveling to Vietnam and thinking about what it has on its plate, remember that the locals like their food simple and rice is love for them. You will need to embrace the touch of natural flavors and their simplicity. Just like many other countries, Vietnam, too, has its share of food items that are too weird or grosses out a foreigner easily. Taking into account that the philosophy of higher living follows higher thinking, let us have a look at some of those weird dishes that are on a Vietnamese menu. Be prepared! 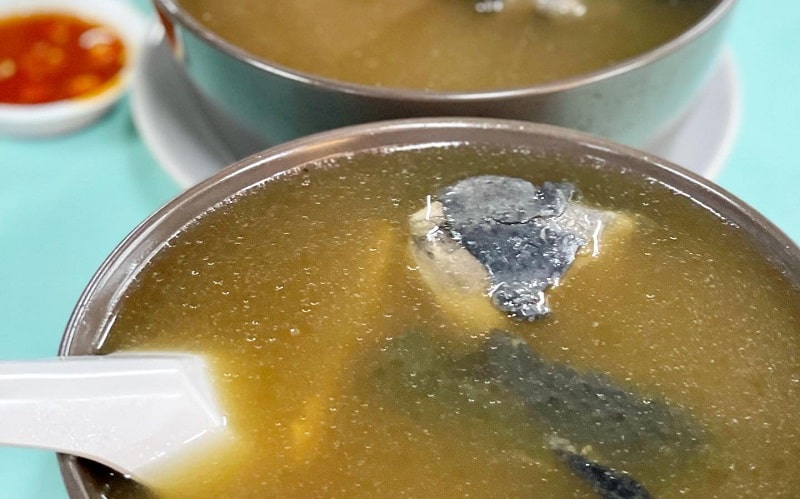 This soup looks very weird because it looks burnt because of the stark black of the soup. The soup is made out of black chicken specie that is found locally. The thing with this chicken is that its meat as well as the feathers are completely charcoal black in color. The soup is flavored with ginger, red chilies, and seasonings. It would come as a surprise to many for it looks very different from any chicken soup. You will find the whole black chicken drowned in soup!
2. Blood Soup 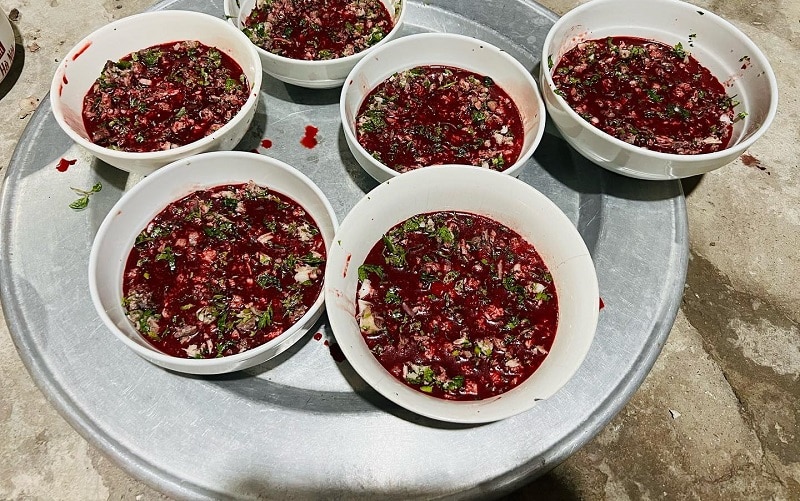 Not recommended though by many, nevertheless, it is a part of the local food culture. The blood of poultry or pasture animals is used raw in the soup and then topped with herbs, peanuts, and with pieces of meat. This one is quite a dangerous attempt at food adventure. The other soups with blood sausages or dried blood pieces come often cooked so this one can be off-putting. Also, nobody is quite sure if the toppings help with the weirdness!
3. Sea Snails 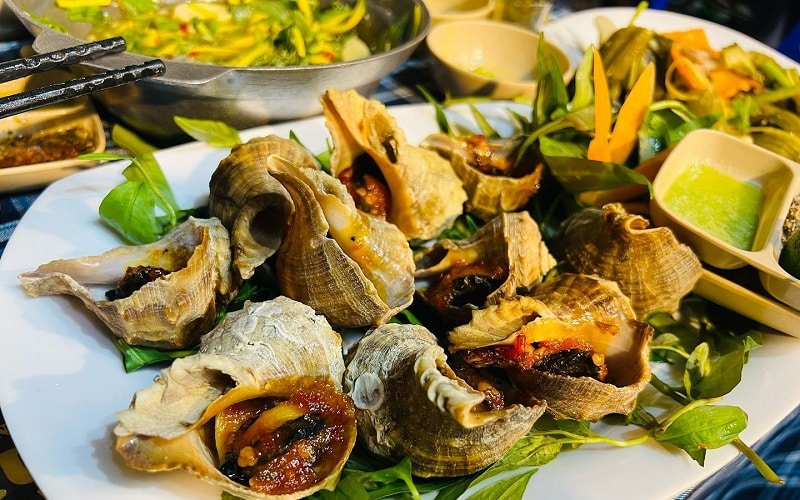 Sea snails are loved in Vietnamese culture. They are often eaten raw with the view that the nutrition shall be maintained. To ward off the hints of its weird texture, people have them with other veggies and dips. But other than that too, it is put in steaming hot soups and cooked till tender. Generally speaking, snails gross people out because of their slimy texture, overwhelmingly bad smell, and where they live. What is the fun without that?
4. Beetle Larva 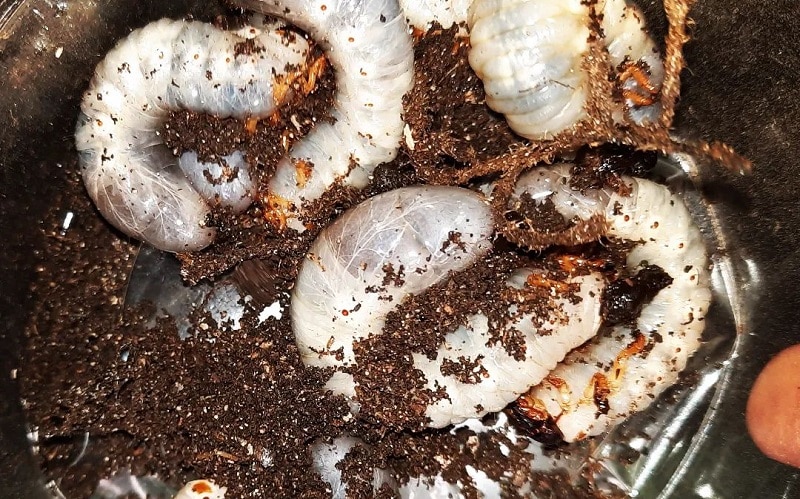 This one has got much attention over the internet and you probably know what we are talking about. These are just another set of worms that are eaten in Vietnam and have a better image there than how we picture them. They are eaten, well, raw. Leaving the head outside of the bite, the larva keeps rolling in the bowl with spices and condiments. It is caught by the chopsticks and their heads detached before the bodies are chewed. Yes, it is a testing process!
5. Frog Legs 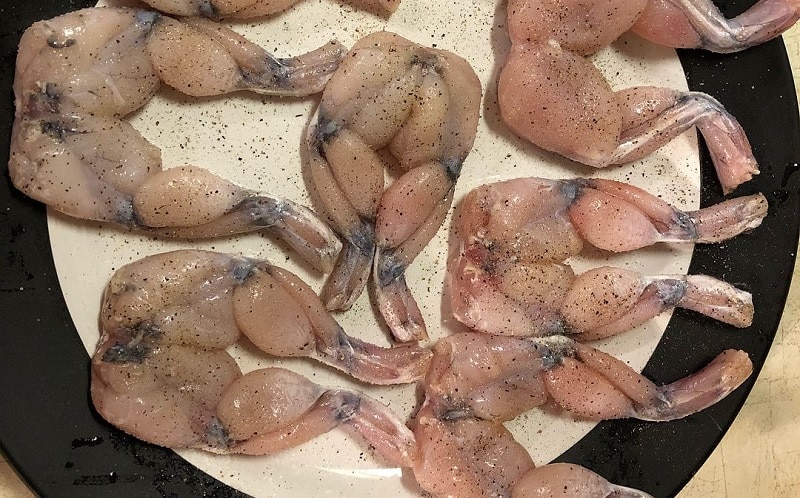 Frog legs taste like chicken. But that wouldn’t still draw people into this food concept. The same story follows, pretty much like that of snails, slimy, gross-looking frogs weird out many people. The food might also come active on the plate so if you see the frogs still jumping around, don’t be surprised! Sometimes they are fried, steamed, or put into thickened gravies, or also served raw with dipping. The dipping makes the frogs flicker!

Conclusion
Vietnam is a country of rivers. With so many streams present in the country, the people have grown to love the so-called ‘weird’ delicacies of the water that they are gifted with. Now to be able to digest them on your platter could be tough because it is not for the faint-hearted. Plus, many foods here are eaten raw, you may see your food alive on your very plate. Intriguing, isn’t it? So yes, these were the weirdest food items that Vietnamese people eat that you can try here if you are brave enough.